There have been times when people get disappointed by someplace. I think it’s not the destination in itself that causes a bad experience, it’s what you are expecting to be true and when doesn’t come forth, now that is disappointing.

Unlike many places in Canada, there are some curious towns here too, offering a wide variety of cultures and traditions. Bespoken ethnic groups can be easily seen living securely in Canada.  One of the amazing settlements is China town.

It’s not just an immigrant neighbourhood.

Roaming an afternoon on GTA Airport limo I had a strange sense of déjà vu when I saw a Chinatown thriving with its busy streets. The crowd there made it impossible for the ride to move on so I did what every explorer does the best, walk on foot. But hold on a second! That’s not the end of it.

To be exact there are four Chinatowns (but sadly I got to visit only three), whilst the first one was established in Kwantung Province when Chinese came as labourers to work on Canadian Pacific Railway (quite a long time ago) and since then they had resided here generation by generation.

Who knew a railway project could be the foremost reason to bridge between the Chinese and the Canadians? Fairly enough, it’s a large ethnic group and just so you know if you even see Canadians speaking Chinese don’t be surprised. It’s widely spoken in the Greater Toronto Area.

Cultures never cease to amaze me. Honestly, when travelling to Canada even for once targeting to explore Chinatown was not in my mind at all. But since on the way, I saw one I had this urge to navigate the streets for myself.

The streets are always busy with the hustle and bustle. The vitality of the streets is downright charismatic in its unique way. Mostly you will see makeshift stands with displays of fruits and vegetables (with Chinese characters drawn over them). The most common item to see hanging from the nook of almost every stall is the ducks and whole pigs.

One thing for sure is that the Chinese know how to glamour a saleable item. From trading companies to herbalists and restaurants you will get to see everything. I do love a good Chinese recipe so I thought to give it a try in a true traveller style and got the dumplings and spring rolls with an (unnamed) sauce to dip in. well, skeptical with the looks of it I took the chance with the bite. It was a really good bite indeed. Besides that, I must warn you scammers are there too! Gypsies can enchant you with their quirky looks. Every corner is filled with tourists or locals.

Ditching my GTA airport limo was so not what I had in mind, and I did calm down the chauffeur (who got worried for my mental state) with me springing into Indiana jones mode, but I like exploring the Downtown Chinatown, where I got to know there was another Chinatown as well!

Read More:   Why You Should Visit the Arabian Wildlife Centre in UAE?

As excited as one can be, my ride took me there and it was just as I was expecting it to be. Culturally the ambience may seem a little wild, but you need to look out for the young sellers. I saw a kid, about ten, selling t-shirts for $8 and when the buyer frowned at her, she confidently bargained low enough to $5 and put the sold item in the bag.

P.S: it’s not child labour, but kids helping their parents or some elder in their family as a family tradition.

You might feel like a trespasser with all the prying eyes, but don’t worry about that. It’s a very close-knit community despite its size. However, if you feel like hungry you can always go for the Broadview and Gerrard and Pho Xe Lua, one of the most popular eateries.

With the development of this area, many Chinese residents didn’t have to visit Downtown Chinatown for Chinese goods. What intrigued me most was that each Chinatown was similar but yet their character seemed different. Chinese Canadians here have built up the area with plazas, Dragon Centre; Dynasty Centre etc. have become the commercial hub now.

People are often seen coming in groups on GTA Airport Limo here for their love to have dim sum for lunch and the service at eateries is quick too. You should see it for yourself. Besides that, tea is popular in demand by the locals and every chalet will be brewing tea whenever you visit the place. This cultural centre in GTA has held up strong influence over time. Perhaps this Chinatown was the most advanced I have seen so far.

Read More:   Places to Visit in Srisailam: Create Your Itinerary for a Perfect Trip

It’s like I came to China! It truly is an amazing experience to have in Chinatown making their way alongside the Canadians. As a traveller, it will never cease to amaze how to cross-culture settlements can survive in their best shape. 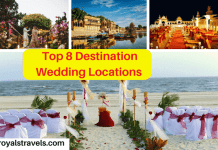 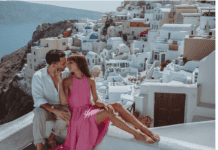 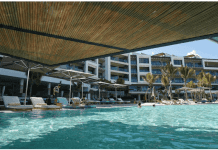 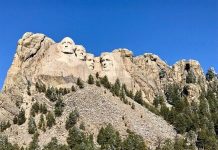 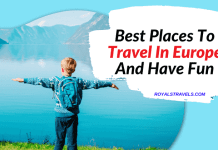 Family Vacation: Perks of Flying out With a Private Jet Charter

The Best Hotel in Athens With Rooftop Garden| the Foundry Urban...